The Glendale Union High School District Governing Board spotlighted Independence High School’s Achievement Above All recipients at this week’s meeting. The Achievement Above All event celebrates members of Independence, including a teacher, a student, a student group, a support staff, and a volunteer each year. Independence High School Principal Rob Ambrose took the stage to present all recipients to the community, governing board, and superintendent. Each recipient received a certificate or award for their achievements.

When Blankenship is not in the classroom, he coaches basketball and golf. He is also the club sponsor for Gardening Club.

Described as a top-notch young lady, Madisyn Slivnik is Independence’s Student of the Year. Slivnik is an active student who has participated in volleyball, soccer, track, and Unified Special Olympics during high school. In addition, Slivnik takes Advance Placement and honors courses while maintaining a high GPA. Teacher Jennifer Perry says, “Madisyn has strong academic performance. She is a kind young lady who is always willing to help.”

Slivnik plans to attend Northern Arizona University after high school and pursue a career in psychology or social work. 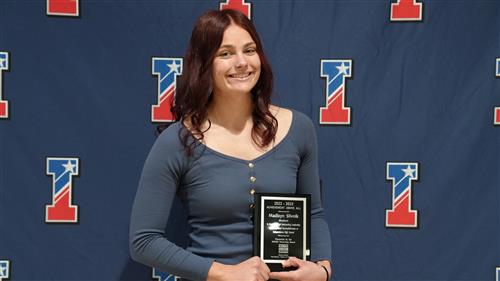 A group of only 15 has made a beautiful impact on the Independence campus. Garden Club is this year’s Student Group of the Year. The club has built several gardens across campus, including a vegetable garden and raised beds. They all work together to maintain the gardens and potted plants across campus.

Independence Principal Robert Ambrose says, “This group has made a positive difference to our campus, not only by making beautiful spaces on campus but by contributing to the mental well-being of everyone by creating peaceful places where students and staff can go to experience calm and beauty.”

Kariah Jones, also known as Leigh on campus, is this year’s Support Staff of the Year. Jones has held a few positions on campus, including a Title I Aid, an Attendance Secretary, and is currently the front office receptionist. In addition, she is also a coach at Independence.

Coworker Sarah Farson says, “Leigh Jones is a wonderful addition to our campus. Leigh is kind, friendly, and always very helpful. We are lucky to have Leigh as a fellow Patriot.”

Jones says her future goals are to become a special education teacher.

Independence alumni Dre Seligman is this year’s Volunteer of the Year. Seligman volunteers with Independence’s Girls' Volleyball team. Volleyball Coach Michelle Monaghan says, “Anything that comes out of Dre’s mouth is positive and motivating to the young ladies. He is an outstanding volunteer to my program.”

When Seligman is not on the court helping out, he is playing video games, working out, and playing football. Seligman says it gives him a sense of joy when volunteering. 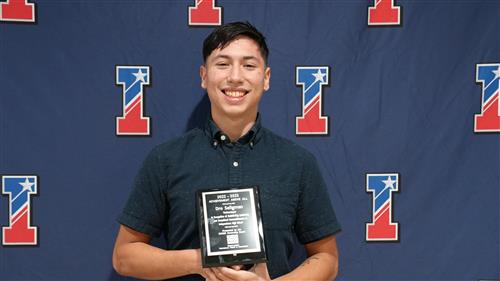